They day finally came! 8:30 and the guys turned up to collect or borrowed furniture, to make way for our own things!  To say I was pleased to get rid of the ENORMOUS top loading washing machine is an understatement! How I didn’t fall in is a mystery to me!

Weirdly I was feeling all emotional (not like me at all, I know!). Not sure whether it was because I was longing to see our pictures on the walls  or whether it was seeing how emotional the children were about receiving their long lost toys! So the rooms were emptied within an hour and then the chaos began!  Thank god for Peppa Pig!! 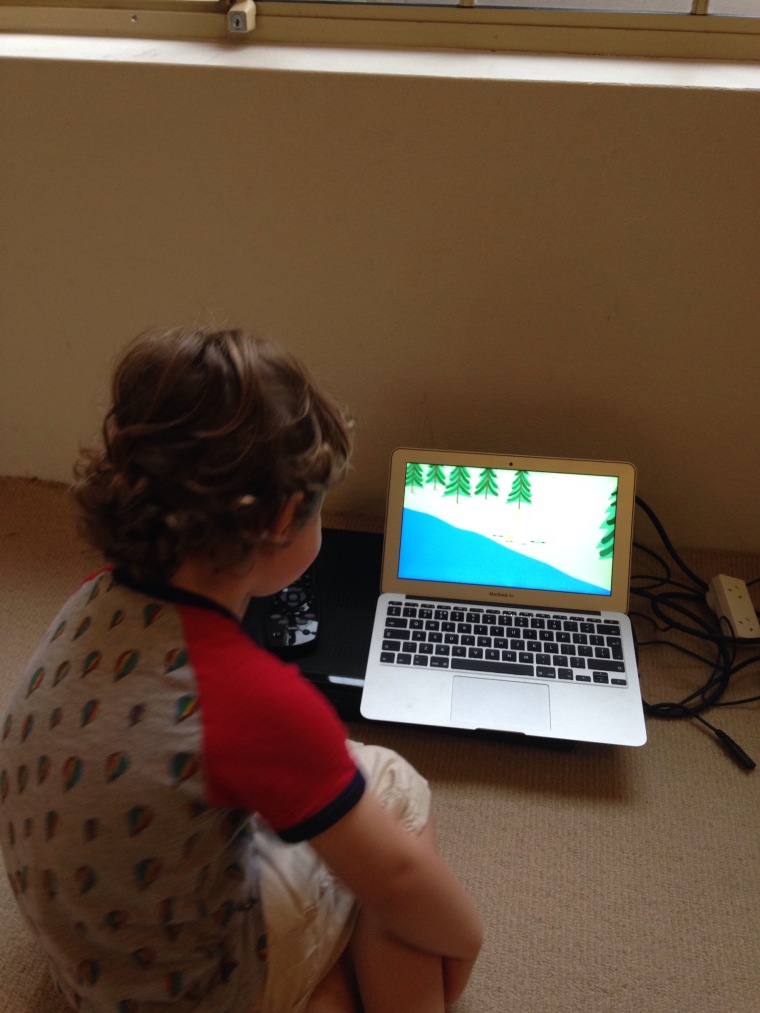 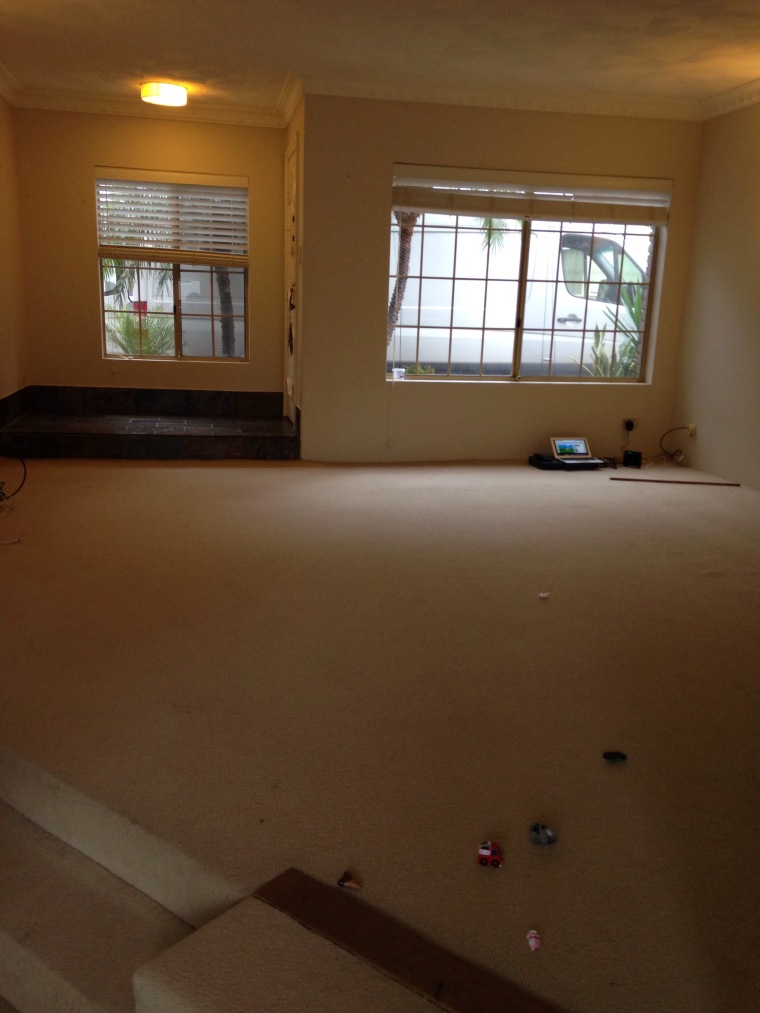 The waiting was finally over!  Two removalists (because removal men is sexist and lots of women do removals here!) arrived, did a quick walk around to see where everything was going, and they disappeared to the truck to start the process! Norm (the local nosey Parker and ‘The Anchorage’s’ chairman) was on hand to… Well…. Tell us not to make a mess, not to upset the brickwork, not to knock any bollards over…. And insisted on ambling past every twenty minutes pretending he was on very important business, when really he was being a great big nosey Parker!

The removalist handed me a tick sheet, and asked me to tick off every box that came through the door! Easy job, if there were 10 boxes! We had 157 boxes and they were coming through the garage thick and fast! It was like bingo on speed! Totally frazzled after the 20th box I had to get Tim to do some ticking! What with the noise of ‘Peppa Pig at the museum’ and the guys shouting numbers in strong Aussie accents I was overwhelmed! Ok, so now you’re all thinking “I watch neighbours, Australian accents are easy to understand!” Think again! It’s a little tricky sometimes! Honestly the amount of times an Aussie has said “how you going?”, to me and received a confused “um… Going fine… Um nowhere!?” Damn I must get with it!!! I have an Aussie lingo book by the bed so I will get there eventually! 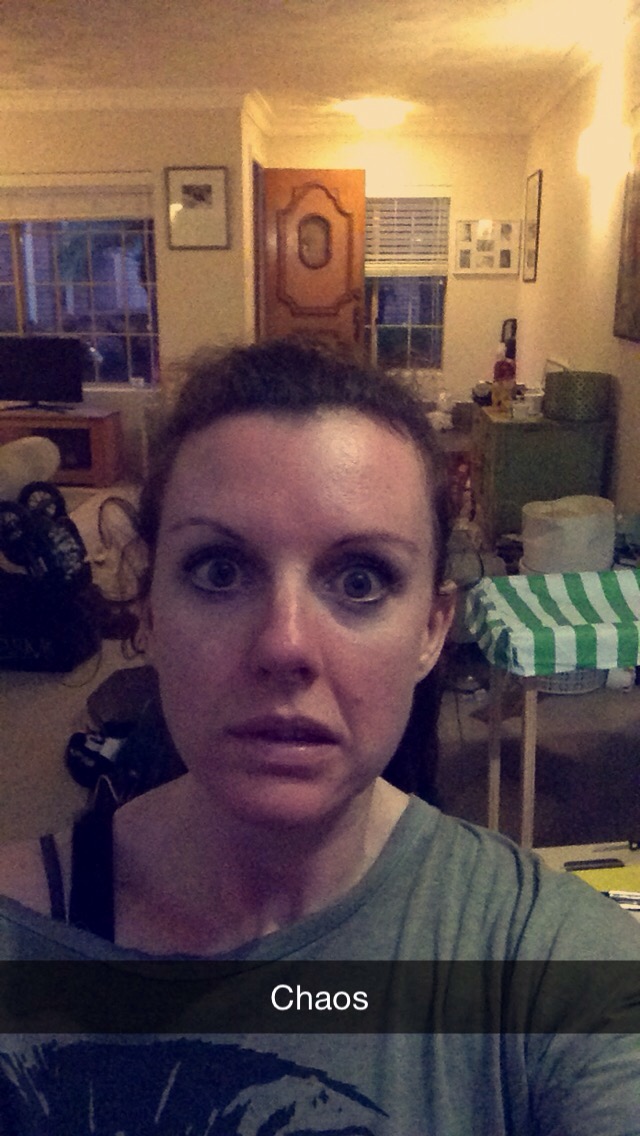 In typical Wilson fashion the unpacking was chaotic! Every box that came in from 830 Monty would say “is that my scooter? Is it?” And sure enough Montys beloved scooter was the final item off the container at 5pm! By which point he was so busy playing with his trucks he wasn’t fussed! 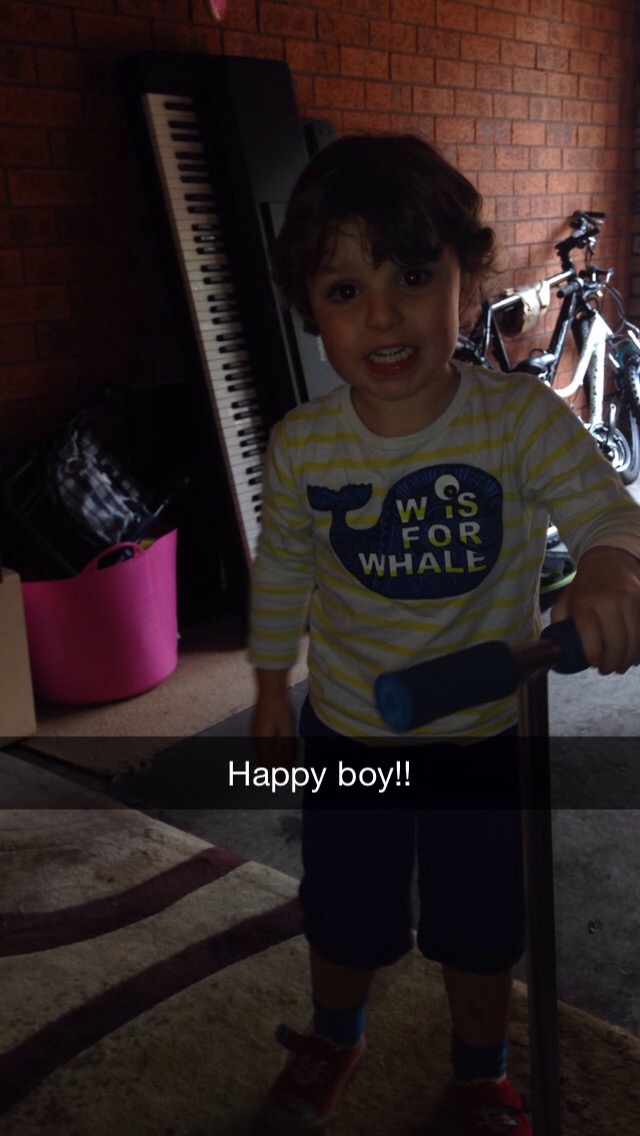 For anyone thinking of moving to the other side of the world, make sure you have a really thorough clear out before packing!! This, I thought we had done! Until I noticed on the dressing table a baby names book (??? No we’re not! Ever!) and the instruction booklet for a breast pump! I didn’t even bother with that hellish exercise with Monty, so that was nearly 7 years old! To be fair, we emptied our whole house and rarely visited attic in Somerset into a container so we were bound to have bought some Oddities with us! 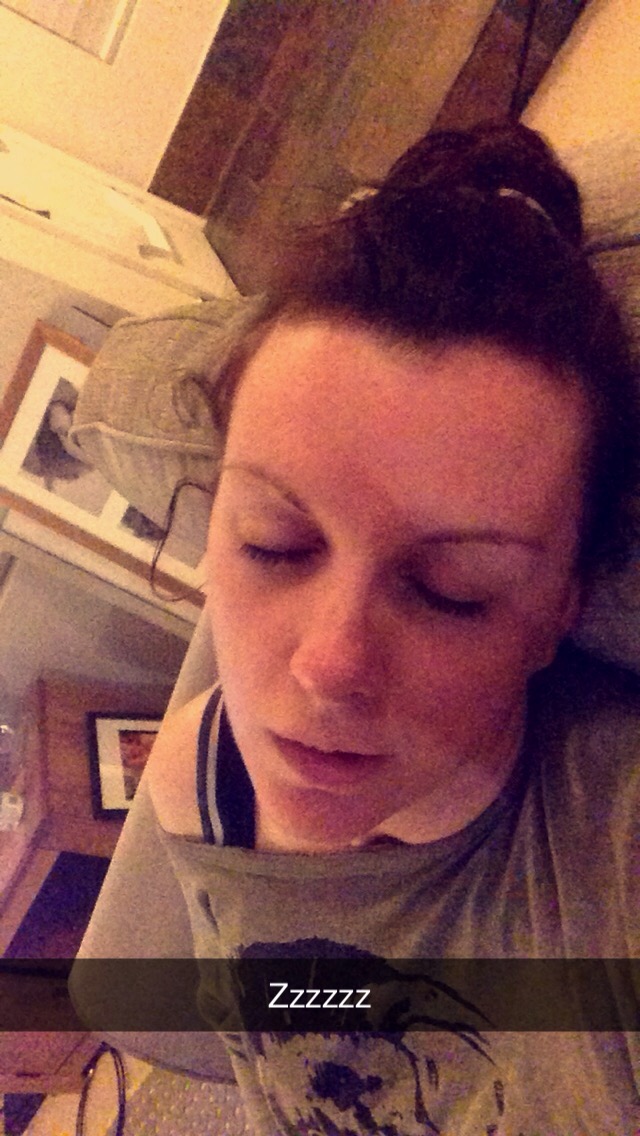 After 12 hours of shifting and lifting,  and breaking up empty boxes, we were in, the guys had left and we had even hung some pictures on the wall! I really wanted to sit down, make a pot of tea and dunk a digestive in it! That would have been weird seeing as I don’t drink tea, but I wanted to use my beautiful Emma Bridgewater tea pot that I have so missed!! In fact, I wanted to do lots of strange things, I wanted to make some pesto with my Magimix, get the coffee machine going, put some washing on in “MY OWN MACHIIINE”. I wanted to have a bath with my lovely oils, I wanted to wear my wonderful Dubarry boots, and I wanted to watch my sex in the city DVDs! Ok, so all at once was probably a bit much! In fact, I haven’t done any of those things as yet! The washing machine isn’t even installed as the pipes weren’t packed! Joy!

So we are just over 7 weeks into our Australian adventure, and today it no longer feels like we’re on holiday! We have set up home, and it feels good! The children scooted to school, the sun was shining, I was wearing clothes I had forgotten I owned!

It’s a happy day in Sydney! The Wilsons are getting on track!

Don’t talk to me about setting up satellite TV though or installing the internet as I may bite!!

💔 Meatloaf 💔 Thank you for the school disco thrills and the stories I now terrify my kids with ❤️ The greatest! 💔
Last night ❤️ @thegeorgeoncollins ❤️
Just keep swimming…. 🏊🏻‍♂️
We finally checked out @yakimono_au at the weekend! O…M….G! The food is 🤯 the staff are ❤️❤️❤️ and Monty told us it’s his favourite ever place to eat because all the different flavours made him happy & he liked watching the man make the sushi 🍣 Pretty much my thoughts entirely! Get this on your list #foodies ✌🏻
…..lost in paradise 🚤
Snoozy Sunday 🚤