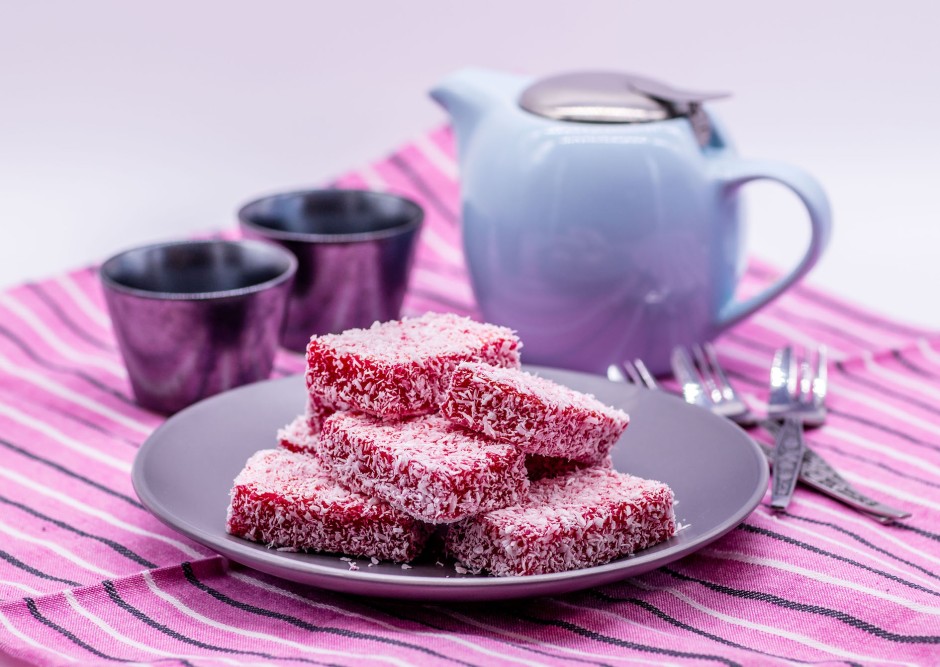 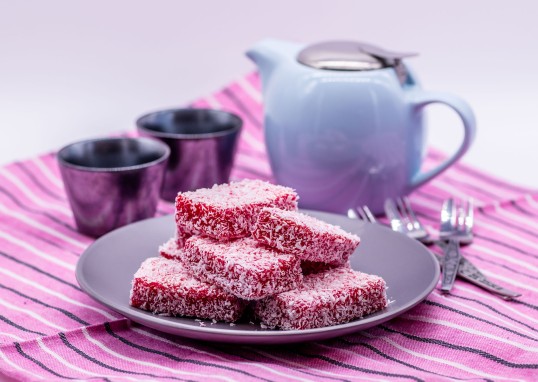 You don’t think your tastes would change that much when you move abroad. I honestly never thought my kids would be taking Vegemite sarnies to school, or eating meat pies like they’re going out of fashion. I also never thought we’d ever get used to Lamingtons after trying my first one three years ago! Hey, the Brits are renowned cake bakers, we know our shizzle when it comes to baking, and the Lamington was like no cake I’d ever tasted before….. However…..

Tomorrow, July 21st, Australians and a few of us expats too,  will be taking time to savour and celebrate the coming of age of an Australian classic, the humble Lamington.

It’s National Lamington Day and I know what I’ll be tucking into frequently tomorrow!

The sweet treat has been tantalising Aussie tastebuds for more than 100 years, and the list of flavours is endless. The Wilson’s are ready and willing to try as many as we can before the visa runs out!!

The first ever Lamington cake was made in 1900, most likely for the wife of Queensland’s eighth governor, Lady May Lamington. Made by either the Lamingtons’ French patisserie chef, Armand Galland, or well-known Brisbane cookery teacher Amy Schauer, regarded as ‘the Nigella Lawson of her time’.  We all love a Nigella!! The sponge cake was dipped in chocolate and liberally sprinkled with shredded coconut. Lord and Lady Lamington were said to be so impressed by the cake, that it was regularly requested at Lamington House. If only we all had our own baker… 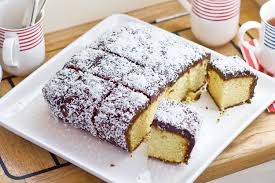 THE LOWDOWN ON LAMINGTONS

If you’re a Lamington lover, then tomorrow is your lucky day!

If you’re in Australia you can cheat and head to Coles to get yours, however if you’re enjoying the sunshine in the UK, get your BAKE on and enjoy Lamington Day with this recipe for homemade Lamingtons!!

Let me know what you’re doing to celebrate!

Post braid curls!!! Omg need me a #perm!!!!
They’re sharing their home and their cat 🐈‍⬛ with us!!! Talk about freakin’ good mates!!!!!
Mid #vacay feels….
See ya rock pools, welsh cakes and sandy fun!! It’s been bloody lush it has 🏴󠁧󠁢󠁷󠁬󠁳󠁿
Nothing…. I repeat..NOTHING compares to sunset wines with your bestie! ❤️🏴󠁧󠁢󠁷󠁬󠁳󠁿
Enjoying Wales, exploring castles & making friends 🐑🏴󠁧󠁢󠁷󠁬󠁳󠁿 Have you been to #OgmoreCastle and the #Steppingstones ? 🐑